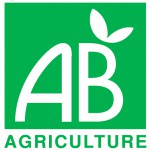 This morning I read yet another thread of organic and biodynamic growing bashing on Facebook, this time in the so called enlightened “The science of French wine” group. The discussion started by somebody posting a link to a study which ‘proved‘ that ‘both vitality and biodiversity of indigenous yeast populations are highest in conventional vineyards when compared to organic and biodynamic vineyards‘. Interestingly enough, the poster, a wine producer in the Netherlands, failed to acknowledge that conditions of the study were more than a little suspect. In fact the PhD thesis study was split up in 4 parts – which I struggled to relate to each other. The first part dealt with the potential of biomass (earth) to absorb and break down chemical components, the second part dealt with crude glycerol as a soil amendment on microbiological and chemical component of soil, the third part compared the effects of different fungicide treatments on the yeast community colonizing the berry surface and the 4th part studied yeast interactions during mixed wine fermentation. Looking a little closer into the testing conditions of the third part – as it was this part which gave the results quoted here above – I was baffled to see that the conclusions, which our dutch winemaker used as ‘facts’ against organic farming, where based on a one off count and comparison. By this I mean 1 experiment was conducted in which 12 bunches of undamaged grapes were picked on the same day (10.10.201) in two different vineyards of the same region. The vineyards were not adjacent, however they were located only 500 meters apart; one vineyard was organic, the other conventional. After picking the grapes were bagged and brought back to the lab for yeast population analysis. The study contains little details on the specifics of the tests; eg there is no mention as to why the vineyards were chosen 500 meters apart rather than right next to each other; the conditions and time frames of the treatments have not be clarified either, and there is no information on the bunch selection process. In fact all we know is that a one off test was carried on a specific day.

As an ex researcher I therefore really struggle to accept the results of this test as being scientifically conclusive. In my experience and opinion multiple tests preferably conducted over several years are needed to give any scientific relevance to the experiment.

However our poster saw the study (and especially its results) as gospel and countered any argument to the contrary. He described himself as ‘sustainable’ and was joined by several other sustainable winegrowers who all more or less claimed that organic farming was a far greater risk to the environment than their sustainable way. They also sent out the general idea that organic proponents are brainwashed hippies who really do not have a clue as they are driven by conviction rather than facts…

This ‘organic and biodynamic bashing’ is something I have become very familiar with since I have started to write my book. Again most of it has come from a few self proclaimed sustainable growers and winemakers who I believe are frustrated with the organic market. I believe they lash out because they struggle to get the recognition they feel they deserve and/or because they would like to sell their wine at the higher organic price.

It is a fact that most governments recognize that organic farming is more environmentally friendly than conventional farming. In France it is far more strictly regulated and the AB label stands for a better environmental quality. And this is something customers increasingly look for and are willing to pay extra for.

The sustainable farmer however, is not restricted by organic ruling but in return he has to work harder to get the same customer recognition. Even if AB theoretically only qualifies better environmental practices, customers often perceive it as a more generic quality label – probably because most organic products tend to taste better than more conventionally farmed ones. Consumers generally do not mind paying for ‘quality’ they often do not bat an eyelid at a higher organic price. They probably feel the same about a sustainable product if they see it as outstanding, but in my experience people too occupied with organic bashing lack the focus needed to make their product shine and stand out… After all it is hard to excel at multiple tasks – especially if these tasks take up a lot of ones time.

But lets go back to our Dutch grape grower and winemaker – to find the study he posted he probably spent a fair few hours trawling the internet. Once posted, it took most of his time for at least one day to keep the organic bashing debate alive and animated. All the time he spent glued to his computer he was not in the vineyard nor winery; and in my opinion that is where one needs to invest time if one wants to produce an outstanding product customers are willing to pay more for. After all there are plenty of awesome sustainable producers (I include several in my book); but all of them are focused on their vines and wine rather than on the organic competition.

I would like to conclude by saying that in my opinion, a positive happy story draws people in; it makes them want to understand and learn more about why the winemaker works the way he does. Once ignited by the winemaker’s passion, they will want their share of it, by buying the wine and talking about this winemaker to their friends and family. A negative story on the other hand drains people; it makes them want to run away to a more positive place. It doesn’t matter if the story teller is organic or not, what matters is if he believes enough in himself to be positive and passionate about his trade. If all those organic bashing winemakers and grape growers could only understand this they would not need to bash others anymore. Instead they would be too busy sharing their passion, telling their story and selling their wine.

Caroline is a certified Sommelier (by the CMS) and WSET diploma student. In order to specialize in the wines of Champagne she moved to the region and currently works as a wine consultant, wine educator and wine writer. She is a member of the Circle of Wine Writers and writes for several international publications including Palate Press, Snooth, Wine-Searcher, Decanter and Vinogusto; further activities include teaching Champagne related courses at Reims Management School and organizing personalized tasting experiences at http://www.tastingswithatwist.wordpress.com as well as being a regular judge at international wine competitions.
View all posts by Caroline →
This entry was posted in biodynamic, organic, social media, wine marketing and tagged biodynamic, organic, organic bashing, Sustainable. Bookmark the permalink.