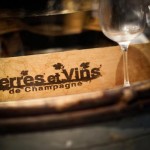 Six years ago, a group of seventeen Champenois vignerons created a new tasting concept focusing on terroir and wine and called it Terres et Vins de Champagne. The aim was to show that Champagne can also be terroir wine rather than just a standarized bubbly beverage. To explain the finer details of the terroir the vignerons opted to have their guests taste their vins clairs as well as their Champagnes. They felt that even if it is not always easy to taste vins clairs, it is easier to recognize terroir specific characteristics in these still wines than in their bubbly counterparts. With members from all over Champagne, it quickly became obvious to the taster that just as in Burgundy, there is a vast diversity of terroir in Champagne.

The Terres et Vins tasting created waves in Champagne and far beyond; other Champenois vignernons who also made terroir wines looked to join in on the event and wine trade and journalists noted the tasting in their calendar to organize visits to Champagne around it. 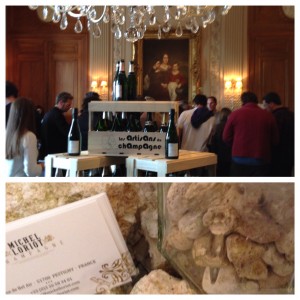 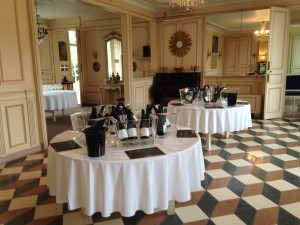 Today I am revisiting the same topic because six more groups organized tastings in the same week this year. Origine Champagne kicked off the tasting marathon on Saturday, Generation Champagne, Grands Champagnes and Passion Chardonnay decided all to have an event on Tuesday and Club Trésor du Champagne and Passion Verzenay opted for a Wednesday tasting. The main reasons for the mushrooming effect this year is no doubt the difficult economic situation for Champagne sales and the quality of the audience; a lot of high end french and foreign buyers have become regular visitors over the years, and the tastings have also been extensively covered by the press. In this context, adding a tasting is a relatively easy way to get on the bandwagon; it can provide opportunities to be discovered by sommeliers, importers and journalists who are already visiting the region. 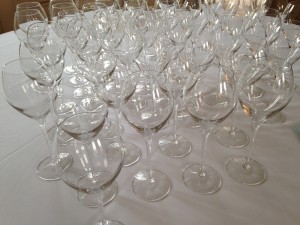 However, having such an intense tasting week may not bring the rewards many of the new organizers had hoped for. Let me explain; first of all tasting up to a hundred and fifty wines a day for multiple days is a real chore, and even more difficult when most of the wines are sparkling wines. Champagne expert Michael Edwards once told me that “after 25 Champagnes the palate is in serious danger of being numbed by palate fatigue”. This means a lot of of people will be very picky as to what they taste rather than taste everything, or alternatively wines tasted toward the end of the day have more difficulties to make an impact and are more likely to end up in a blur. 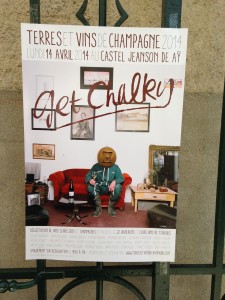 Furthermore, a lot of regular visitors have a set perception and high expectations of the tastings.

Indeed, the standard set by Terres et Vins de Champagne six years ago was high and very specific; their aim was to bring home the message that the key to make terroir champagne is the soil. Therefore it is primordial to have a living soil in the vineyard, and allow this soil to express itself in the wines without too much intervention.

The Terres et Vins de Champagne tasting brings home this message loud and clear; all the wines are significantly different, yet all are of equally high standard independent of the official cru rating of the village where the vineyards are located.

The members of Artisans de Champagne, Trait d’Union and Mains du Terroir de Champagne understood and applied the same reasoning for their tastings. This created a coherent tasting concept for the visitors; it made sense for them to attend several tastings to discover new wines and compare notes. 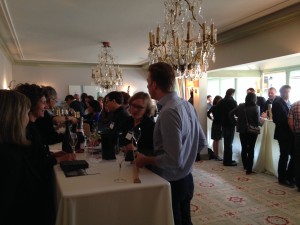 However the new groups did not necessarily follow this philosophy. It seemed to me that a lot of the tastings were more focused on attracting new distribution channels and/or publicity rather than the promotion of the terroir. Personally I feel this will backfire in the end. Even if a lot of the Champagnes I tasted were well made, I felt partly cheated because I was looking for specific terroir wines rather then non descriptive Champagnes. What most annoyed me was I had to juggle my schedule to be able to cover all the tastings and often felt that my time could have been better spend tasting real terroir wines.

Several of my tasting colleagues expressed similar frustrations and I therefore feel that this mismatch of expectations may stimulate many visitors to be more careful in the choice of tastings they want to attend next year. I have to note here that we already saw several important press and trade members only attending a few tastings (generally the 4 oldest ones) this year rather than trying to tackle all of them. 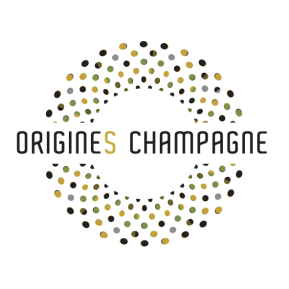 However there were a few very pleasant surprises in the new tastings as some new groups did add extra value – at least for me. I liked the Origine Champagne tasting as it was an easy relaxed way to attack the marathon tasting week. Furthermore most of the group are very involved in getting things right in the vineyard – which showed itself especially in the vins clairs, and I believe they are the next generation to watch.

Passion Chardonnay was the other event which really captured my attention even if it was my fourth tasting on the very busy Tuesday. The reason the tasting enthralled me was that it really showed off the different expressions of Chardonnay in Champagne. It illustrated perfectly the impact the terroir can have on a Blanc de Blancs – eg more mineral and linear characteristics in Avize, lacy and delicate in Cramant, rich and round in Montgeux or powerful and intense in Trepail. 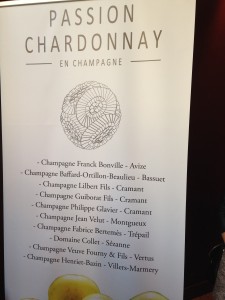 So to come back to my original question, was this tasting week a kind of Grands Jours de Champagne as was claimed by the Club Trésor on their invite? One could argue that we had ten tastings this year which were more or less coordinated as well as several off events and that important members of the CIVC attended most of the tastings. However the Houses shone by their lack of involvement; in fact it seemed that many Grand Marques Chef de Caves had been sent out of the country… Some people have argued that this is because the Houses feel a bit threatened by the terroir movement in Champagne, however I believe this is very unlikely. Even if the interest in terroir wines has accelerated in certain circles, Grand Marques Champagne sales have gained more ground from growers in recent years. Besides several Houses have released single vineyard Champagnes (think Clos du Mesnil or La Folie de la Marqueterie) or limited edition cru wines (eg Belle Epoque Blanc de Blancs, Salon) for a while now.

Without participation of the Houses we can hardly use the name Grands Jours de Champagne. After all Houses are responsible for around seventy percent of all Champagne sales and they are a quintessential part of the Champagne landscape.

And to be honest I don’t think that creating an event like the Grands Jours was ever at the back of the mind of Terres et Vins de Champagne. In all the hustle and bustle running up to the tasting week, they continued firmly to focus on their own tasting which they promoted this year with a few excellent videos. A last video has just been released with highlights of this years tasting and the announcement of the date for next years event – showing everybody that they are still the leaders today. Enjoy the video and save the date!!