As some of you may know I have been travelling for most of the summer looking for the next place to settle and find my place in the (wine) world. Since I passed the certified sommelier exam in February this year I have been itching to get back into the hospitality trade but never quite knew where to go…

The last few months I had been thinking about going to Champagne. The place somehow felt right and I was toying with the idea to make it my next home. BUT, I just wasn’t sure….

Then just over a month ago I was passing through Champagne again and I had made arrangements to meet my friend Christian Holthausen, the International House Communications Director at Piper Heidsieck. We had met at the Vinocamp Bordeaux in July and I had been really surprised by the quality of the Piper Heidseick NV Champagne… Quite a few years ago I had tried the same Champagne and it had really not impressed me. As it is quite unusual for NV Champagnes to change a lot I was really curious to find out the story behind these wines… 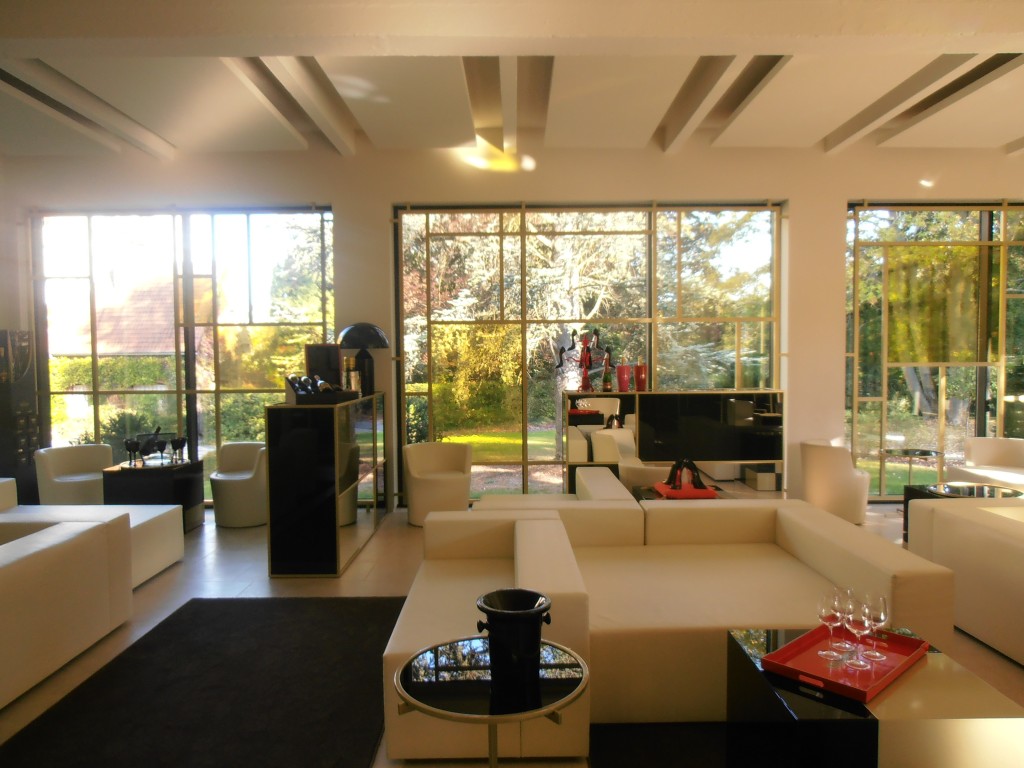 Christian met me at the “Pavillon des Crayeres” in Reims. This Art Nouveau building was once the house of “Charles Heidsieck” and was designed by Alphonse Gosset. It has been closed to to the public since 2007 and is currently used to welcome distributors, VIP’s and the press. Close to the Pavillon is the access to the Crayeres, where ALL the Piper-Heidsieck wines are aged. The Crayeres are more than 2000 years old and were dug out by the Romans who used the chalk to build roads, aquaducts and viaducts. I was lucky enough to taste some excellent champagnes in the beautiful Pavillion and to visit the Crayeres, and it was in the Crayeres whilst sipping on the first ever vintage of the Charles Heidsieck Blanc des Millénaires (1983) that I knew for sure that Champagne would be my next home :-) The beauty of the place, it’s history and the wonderful and elegant wines had totally drawn me in!!

Piper-Heidsieck is one of the oldest and most prestigious Champagne houses. It was founded in 1785 by Florian Louis Heidsieck who moved to Champagne from Westphalen in Germany in the 18th century. Champagne Heidsieck was a favourite at Versailles where Marie Antoinette heavily promoted it. When Florian died in 1828, with no direct descendants, the champagne house was split up amongst his 3 nephews. Christian Heidsieck, went into business with Henri-Guillaume Piper, and from 1839 the company was consequently called Piper-Heidsieck. In 1851, Charles the son of a second nephew, Charles Henri, founded Charles Heidsieck – a champagne house known for it’s lengthy aging on the lees and also the first Champagne house to go to the USA. The third nephew Henri-Louis Walbaum and his brother-in-law Auguste Heidsieck went on to found Heidsieck & Co. Monopole. The 3 resulting companies were fierce competitors and only in 1988 when Piper Heidsieck was bought by Remy Martel, who already owned Charles Heidsieck, some unity of the original company was restored. Heidsieck Monopole is still a competitor today as it is owned by the Vranken group.

Quintessential to the vast improvements in quality of the Piper Heidsieck NV Champagne is Régis Camus, who joined the company as assistant cellar master in 1994. With the general focus being on the Charles Heidsieck brand, Régis chose to get more closely involved with Piper-Heidseick and made several changes to improve the quality of this brand. One of the changes was to invest more in the Piper reserve wines which meant that in the excellent Champagne vintages of 1995 and 1996 he decided not to produce a vintage Champagne but rather improve the quality of Piper Heidsieck Non Vintage Champagne. Régis became cellar master at Piper-Heidsieck in 2002, after Daniel Thibault passed away and earlier this year he received his 6th International Wine Challenge “Sparkling Winemaker of the Year” award. Piper Heidsieck is the only large Champagne house with one cellar master for the 2 brands. 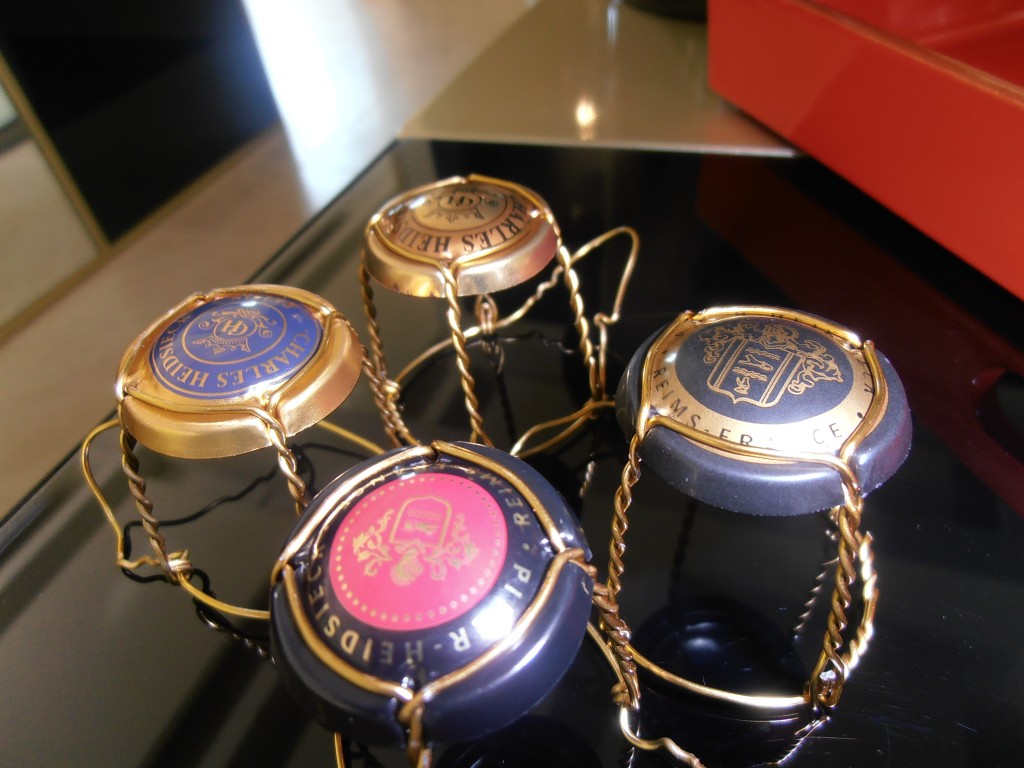 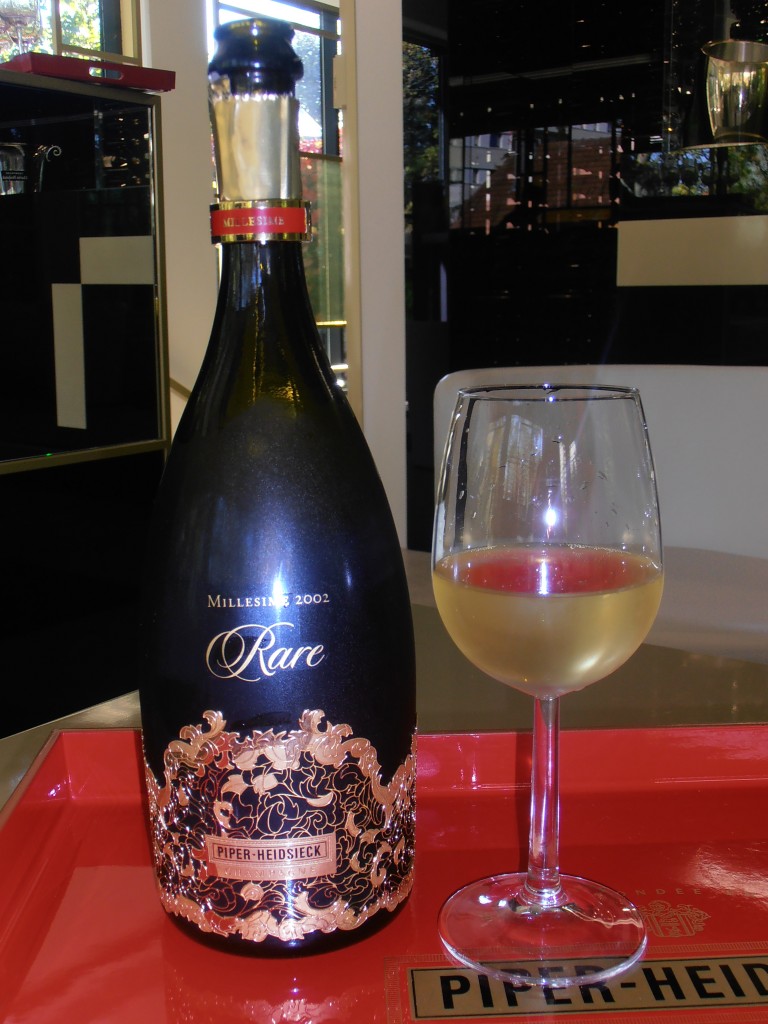 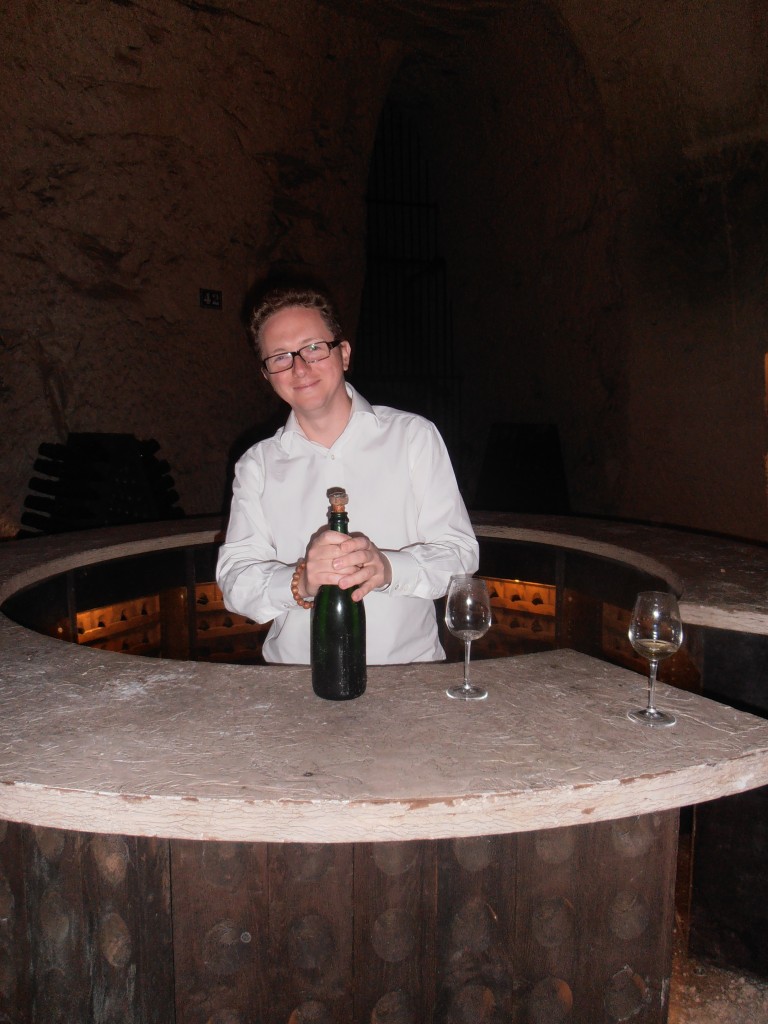 Charles Heidsieck 1983 Blanc des Millénaires -100% Chardonnay, 24 years on lees, disgorged in 2007
Amazingly complex wine, with very small bubbles, great acidity, good weight and flavours of baked pear, red apple bonbon, a little toasted brioche in the middle palate and a smokey, minerally finish. I was blown away by the freshness and the elegance of this wine -27.5 years after bottling….

Caroline is a certified Sommelier (by the CMS) and WSET diploma student. In order to specialize in the wines of Champagne she moved to the region and currently works as a wine consultant, wine educator and wine writer. She is a member of the Circle of Wine Writers and writes for several international publications including Palate Press, Snooth, Wine-Searcher, Decanter and Vinogusto; further activities include teaching Champagne related courses at Reims Management School and organizing personalized tasting experiences at http://www.tastingswithatwist.wordpress.com as well as being a regular judge at international wine competitions.
View all posts by Caroline →
This entry was posted in Champagne, wine marketing, Wine Origins, Wine Regions, Wine Review, wine tasting and tagged Champagne, Charles Heidsieck, Charles Heidsieck 1983 Blanc des Millénaires, Charles Heidsieck 1995 Blanc des Millénaires, Christian Holthausen, Piper-Heidsieck, Piper-Heidsieck Rare 2002, Régis Camus. Bookmark the permalink.